The topic for week 4 of #52ancestors is an ancestor I would invite to dinner.

There are lots of ancestors I would like to invite to dinner. I have spent time searching for information about them and in some cases have visited places they lived, piecing together glimpses of their lives. I think of questions to ask them and wonder if we would like each other. This topic is almost like asking me to pick my favorite child.

But the first person that came to mind is my great-grandmother, Martha Lake Carmichael Medlock. She may be the first ancestor I ever became interested in.

As an angsty teenager, I didn’t think I looked like anyone in my family. While visiting my grandma in Clemson, SC, one summer, we were looking through a box of old photos. My mom came across one of Martha and thought I looked like her. I recognized some similarities and became smitten with her. She was beautiful, wore pretty dresses and big hats, and seemed full of life. Her artwork hung throughout my grandma’s house. But she died an hour after giving birth to my grandpa, which made her a bit of a mystery.

The first picture I saw of Martha. She is on the right.

Martha Lake Carmichael was born in July of 1888 in Edgefield, South Carolina to James Hammond Carmichael and Elizabeth Seabrook Lake. Her exact birth day is lost (at least for now) since vital records weren’t required in South Carolina at the time, and nothing we have records it. Brothers Paul and James joined the family in 1890 and 1893. Martha was mostly known as Mattie or Heart. Her father was a farmer and then a doctor and seems to have been able to give his family a comfortable life.

According to articles in the local paper, The Edgefield Advertiser, she was active in the local community helping with everything from missionary fundraisers to parades. She frequently won prizes at the county fair for watercolor paintings, porcelain painting, and horse riding. 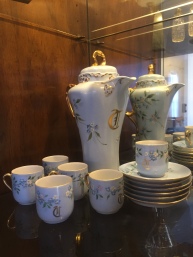 Some of Martha’s painted porcelain 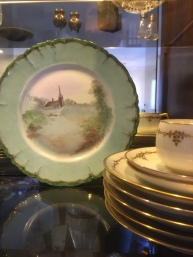 Her relations included descendants of South Carolina Governor James Henry Hammond (through her father’s line) and she would spend summers with them at their summer home, Redcliffe Plantation, in Beech Island, South Carolina, or visit them at Kathwood Plantation in Jackson, South Carolina.

Martha is on the right 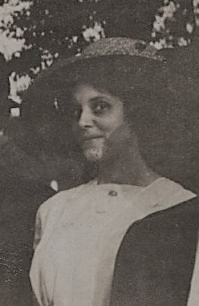 Martha is on the right

She and my great-grandfather, Henry Townes Medlock, wrote letters for at least 4 years before they married. In the letters, she can be a bit of a tease. She tells Henry of the daily events of her life and her trips to see her cousins or the mountains. Martha affectionately calls Henry “my harvester” in some letters and signs her letters “As ever, Heart.” 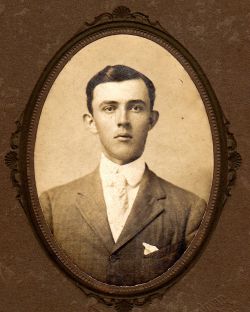 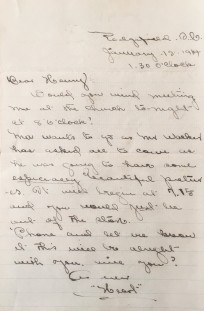 A letter from Heart to Henry

Henry’s letters are lost, so we only have her part of the correspondence. There is some suspicion that her father opposed the relationship since the couple married a few months after her father passed away. They were married on 30 April 1914.

The Edgefield Advertiser informs its readers that Martha and Henry honeymooned in Washington, D.C. and New York City. After the honeymoon, they lived with Martha’s mother in Edgefield.

Soon after their marriage, Martha became pregnant with their first child. She gave birth to my grandfather, Henry Hammond Medlock, on 21 February 1915. She died one hour later. Her death certificate states that she died at the age of 26 of “heart failure following childbirth.”

The following is an excerpt from her obituary:

…from early childhood [Mattie] has by her gentle manner and lovable disposition completely won those of all ages and classes with whom she came in contact. She was not only a social favorite but as a faithful and loyal member of the Methodist church she made her value felt in the religious life of the community. The influence which she had exerted upon her friends and the young people of the town has always been whole some and helpful, having always devoted her time, talent and efforts to those things that elevate and uplift rather than to the transitory and fleeting things that afford temporal pleasure alone. Although taken while on the threshold of an active young womanhood, the life of Mrs. Medlock has been a blessing to Edgefield….

Martha was buried in Edgefield Village Cemetery, not far from her father. The foot stone on her grave reads “Heart.”

Henry and his son, Henry, left Edgefield following Martha’s death. But they were mentioned being in and out of Edgefield over the next few years in The Advertiser. In 1918, Henry Townes Medlock married Julia Ann DeVore (King) Prescott, a widow with 3 daughters, in Edgefield. Martha wasn’t discussed much, if at all, after her death, so any other details about her are lost for now.

Henry was buried next to Martha after his death in 1963 which is one of several testaments of his continuous love for her. (Julia Prescott Medlock, Henry’s second wife, was buried next to her first husband in the same cemetery as Henry and Martha.)

In the time since I “discovered” Martha, I have tried to find out about her life in local newspapers and in her letters, I compiled a short scrapbook of things I knew at the time, I kept pictures of her in my room, I wrote short stories and poems about her for high school and college assignments, and I have visited her grave and her town a few times.

Some of the paintings that Martha did were copies of other works. There is one done in pencil and paint of a woman feeding a bird that hung in one of my grandmother’s bedrooms. I loved looking at it and admiring how Martha signed that one with a heart inside a C. On a trip south, we found the same picture in the form of an advertisement that was part of the decor at a Cracker Barrel. Another painting, my dad found out, was a copy of a painting that belongs to the Metropolitan Art Museum in New York City. The painting is called Lachrymae by Frederic, Lord Leighton. On a trip there about 10 years ago, we found the painting on display in the 19th- and early 20th-century European Paintings and Sculpture wing. I wonder if Martha saw it there, too, when she was on her honeymoon. 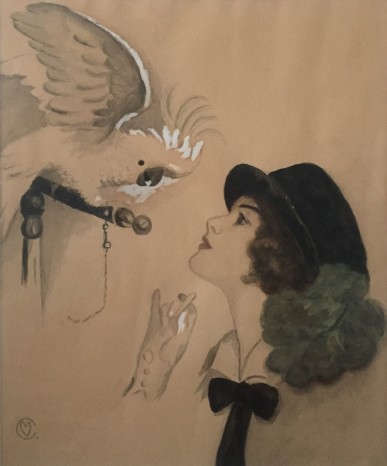 Heart’s signature is in the lower left corner.

A couple years ago, we went to visit my grandfather’s cousin (who is Martha’s niece), in Augusta, Georgia, which is just over the Savannah River from Redcliffe Plantation. We visited Redcliffe and it was such a thrill to be somewhere Martha had actually been. I could imagine her sitting on the elevated porch waiting for a cool breeze on a hot summer day or going to the stables to go out for a ride or sitting under a tree reading or painting.

From the porch at Redcliffe 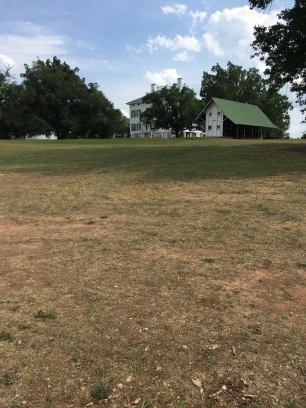 Over the years, my aunts have given me items that came from Martha: handkerchiefs she embroidered for Henry for Christmas with a signed Christmas tag and a small jewelry dish she painted. Most of her artwork and all of her letters now live at my parents house. I keep a copy of that first photo I ever saw of her in my dining room.

7 thoughts on “A Dinner Guest”