This week’s topic for 52 Ancestors is “Strong Woman.”

There are many remarkable and strong women up and down my family tree. Some leave home, parents, siblings, and even their home country to make a new life; some loose parents at an early age or lots of children; some deal with absent spouses; and so on. These women inspire and amaze me as I learn more about their lives. My 6th great-grandmother is such a woman.

Mary Adams Bones was born about 1769 at Chequer Hall, near Loughguile, County Antrim, Ireland to John Adams and Elizabeth Boreland. She was the oldest of five girls. Her father was a farmer and in the linen industry. He is credited with bringing the industrial revolution to North Antrim when he built a weaving shed on his farm and brought workers from their homes to his farm to work. They produced a blue and white checked cloth used for bed and window curtains, which led to the name of their home. 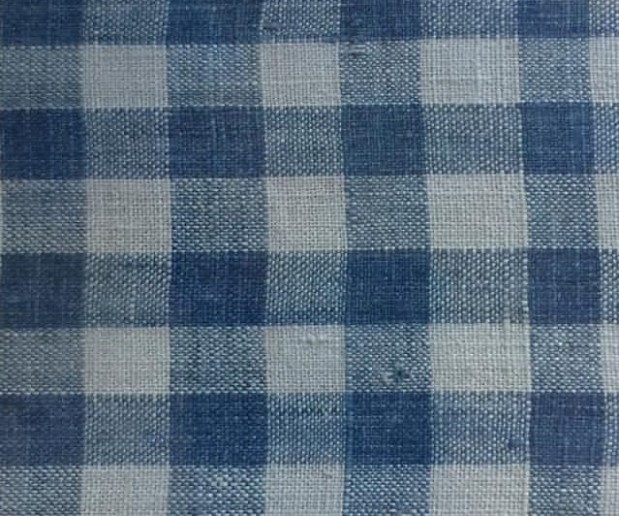 Cloth made at Chequer Hall

Mary married James Bones in 1790. James was born in 1766 and raised in Duneane Parish, near Randalstown, County Antrim. He was a farmer and linen bleacher. Mary Adams had uncles in Randalstown and it seems likely they met through this connection or through connections in the linen industry. After they married, they lived on a farm in Ballyportey, which was leased by her father John Adams. They would have at least 9 children: John, Thomas, James, Eliza, William, Robert, Samuel, Jane, and Martha.

James participated in the Irish Rebellion of 1798. When the rebellion failed, James was force to flee. At one point, he hid from British soldiers in the bread closet at Chequer Hall. He was eventually captured and put in prison. Family lore says that Mary went to the prison with her new daughter, Eliza. The guards were taken by her beauty and James was allowed to escape. James, possibly with Mary and their four children, fled to Jamaica. They were all back in Ireland by 1801 (their son William was born in Ireland that year).

But Ireland would never be the same for James and Mary Bones. They were unable to get their farm back until 1809 because of James’ involvement in the rebellion. In 1810, James, Mary, and their 9 children (ages 1 to 18) arrived in Savannah, Georgia, in time to celebrate the 4th of July. The family would make the United States their home for the rest of their lives. James became a naturalized citizen in 1817 in South Carolina.

While all of their 9 children would live to be adults, Mary would outlive 4 of her sons (her oldest son, John, would be the only son to live past the age of 35). After Thomas died in 1822, the first son to pass away, Mary wrote to her sister, Jane Staveley, in Ireland, “My trials have been great but all I ever met with were only as a drop of water compared to the loss of my dear Thomas.” He was followed in death by William in 1830, James in 1831, and Robert in 1833.

In 1822, Mary underwent surgery for breast cancer. Of the experience, she wrote to her sister,

December the 8th I left [Millcreek] for Augusta arrived there the evening of the 11th. On the 12th I underwent the severe operation of having the lump taken out of my breast. The almighty supported me far beyond anything I could have expected. When taken out it was the shape of a large gizzard all covered with fat. The doctors took it with them and opened it. When the outside cover was off the inside was like a piece of rock. Its roots were sticking out in every direction. The doctor said had it been two months longer a cutting the roots would [have] been through that cover my life was then gone. I thank the most high my breast is well and my health is at present good…

Mary was often ill later in life, keeping to her home. She passed away at her home in Edgefield, South Carolina on 12 July 1835, survived by her husband and 5 of her children. Her obituary pays this tribute to her:

Unaffected piety, added to great firmness and strength of mind, enabled her to bear with calmness and resignation, many and severe trials. Beloved by her family and friends, and respected by all her acquaintances, her loss will be most sensibly felt by her bereaved husband and children and numerous friends.

She was buried in Summerville Cemetery in Augusta, Georgia near her sons William, James, and Robert. 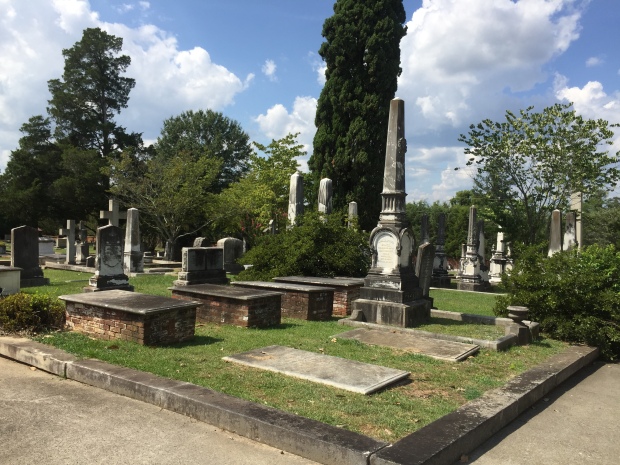 Mary’s tombstone is the 4th brick-and-stone box from the left. James is the one on the other side. The three to the right of Mary are 3 of the sons that died before her.

Of her trials, Mary wrote to her sister, “I should not mourn at the will of God[,] his blessings have been peculiarly great to me and mine.” Despite the many trials in her life, some life-changing, she seems to have lived with grace and strength.