I recently found this 3-generation photo that features the three Henrys. It pictures my dad and his siblings, their dad, and their grandpa. I’ve only seen a handful of pictures of Henry T. and not many from his later life. 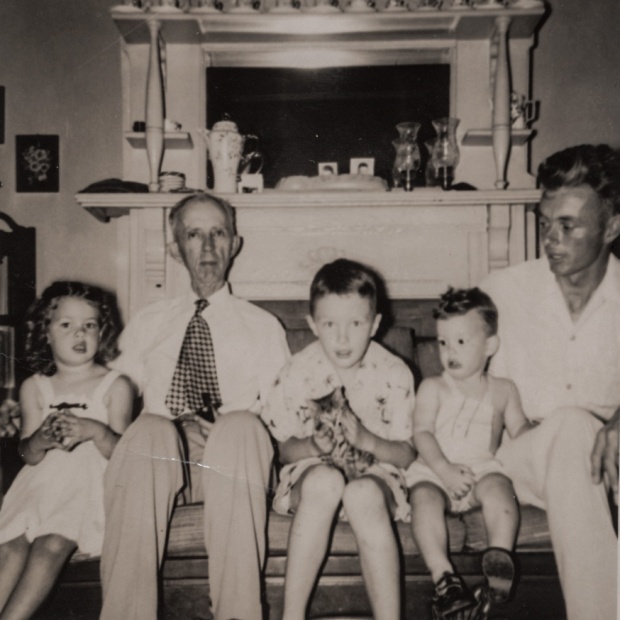 According to my dad (pictured in the middle), this photo was probably taken at Henry T.’s home in Greewood, South Carolina. It looks like it was a summertime visit (based on their clothes) in 1950 or 1951 (estimating the ages of the kids).

The photo holds a few other details that are interesting: